Leveling the Playing Field for Underrepresented Talent in Tech

Alan Stein, a Director from Salesforce, will be joining us to share his journey at some of the largest tech companies in the world.  Now, Alan is on a mission to level the playing field for underrepresented talent and is sharing insights gleaned from his 25 year career. With nearly a decade of that experience as a global leader at Google, Facebook, Salesforce and multiple startups, he will share how he navigated his career and offer guidance for those seeking to join and succeed in a tech career. He will discuss how to search for your role, manage rejection (he made it to final rounds at Amazon, Spotify, Snap, and a multitude of others), persevere, and understand many of the dynamics of the job search. He will also discuss how to succeed once at a large tech organization, from strengthening your internal network, understanding the real deal with performance management, and encouraging you to always be looking for your next opportunity. 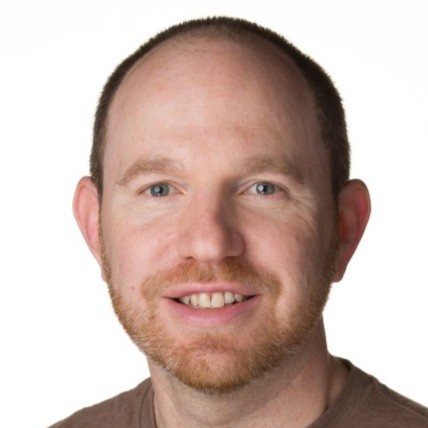 Alan held his first job as a Waldbaum’s grocery store cashier in 1987 and since then, he has worked at 20 companies, held 41 roles, and reported into 35 different managers. His last decade of experience has been as an executive across Google, Facebook, American Express, and now Salesforce. He has worked at start-ups, venture capital shops, investment banks, and baseball teams. Throughout his career, Alan has reviewed over 10,000 resumes, interviewed over 1,000 candidates, hired over 100 employees, and promoted dozens of direct reports. As he looks back on his career, Alan landed only 5 roles without connections - the remaining originated through his network, including  three from nepotism. Recognizing the privileges his background, race, and network has afforded him, Alan has now focused the second half of his career on leveraging his strengths to accelerate others’ careers and make a meaningful impact.

Alan’s “aha moment” happened at Google in 2013 at the launch of the Black Lives Matter movement, when he listened to a series of talks from the few Black leaders at Google. Alan then got involved with diverse Employee Resource Groups (ERGs) and joined the initial launch of a pilot mentorship program that paired senior leaders with junior and mid-career Black and Latinx Googlers. Since then, he has become a staunch ally for underrepresented groups in the workplace. Alan dramatically increased diversity on his teams at Google, Facebook and Salesforce and is an active participant in many ERGs and diversity recruiting initiatives.

Alan launched Kadima Career xlr8r™ in July 2020 with a mission to accelerate the careers of 1 million+ underrepresented individuals. He defines ‘underrepresented’ as the tech industry does to include Women, Black, Latinx, Indigenous, Multiracial, LGBTQ+, People with Disabilities, Veterans and the intersectionality among these groups. He will help all individuals, but his focus is to level the playing field for people that have had to navigate systemic racism, sexism, and other conscious and unconscious biases. With his unique perspective as a hiring manager, candidate, employee, and employer at highly desirable companies, he will now share those insights to radically level the playing field, get underrepresented groups hired, and make sure diversity is more than just a buzzword in tech.

When Alan isn’t leading global teams at Salesforce or scaling Kadima to meet the needs of 1 million people, he enjoys time with his three kids, two cockapoos, two cockatiels, and one phenomenally supportive wife. He also loves travelling (46 countries and counting), live music, and coaching his kids’ flag football team.